Late on Tuesday, a federal district judge in Texas issued a preliminary injunction blocking implementation of the Overtime Final Rule, ruling that the U.S. Department of Labor exceeded its authority. Barring a last-minute appeal, the overtime rule will not go into effect as scheduled on December 1 because of this decision.

At issue is the question of which employees qualify for an exemption from the requirement under the federal Fair Labor Standards Act (FLSA) that most employees are entitled to time and a half overtime pay for work in excess of 40 hours in a week. The FLSA exempts from the overtime requirement “any employee employed in a bona fide executive, administrative, or professional capacity,” often called the EAP or “white collar” employees. Current regulations require that employees must possess the duties of executives, administrative workers, or professionals and be paid more than a minimum salary. The overtime rule published by the Labor Department in May, and set to go into effect on December 1, would have more than doubled the existing “salary level test” for exempt white collar employees from $455 per week ($23,660 per year) to $913 per week ($47,476 per year).

Twenty-one Governors (including Kentucky's) and Attorneys General filed suit in federal court challenging the overtime rule on several grounds. Siding with the states, Federal Judge Amos Mazzant held that the white collar exemption is clearly based on the duties that individual employees perform, and that the Labor Department did not have the authority to create a different or higher standard. Specifically, he ruled: “Congress gave the Department the authority to define what type of duties qualify [for the overtime exemption] — it did not give the Department the authority to supplant the duties test and establish a salary test that causes bona fide EAP’s to suddenly lose their exemption ‘irrespective of their job duties and responsibilities.’”

The judge issued a nationwide preliminary injunction. The Department of Labor is expected to appeal the decision, meaning that injunction could be lifted and the overtime rule put in place in a matter of weeks or months.

KNN will continue to monitor the situation and keep you updated on developments. 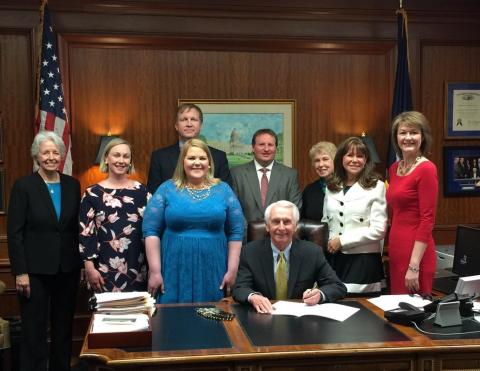